You may remember, but following a number of recommendations at Pubcon 2016, I decided to run an experiment to see what would happen if I removed a disavow file from a previously penalised domain:

At the time, it seemed to me that there were a lot of opinions on this, but no-one had actually tried it – or at least they hadn’t publicly shared the results…

So that was my goal, to run a controlled experiment where everyone could learn from the findings.

I picked a website I’ve had for a long time:

Digging deeper into this, we found that because a lot of the links were historical, 28% of the links were now dead, with a further 3% as domains listed for sale – that meant that 69% were still active (674 unique domains in total):

Of course, some link penalties could have expired too (after-all, the penalty had been removed for 3 years by this point).

In which case because of the time period involved, that would indicate that perhaps the disavow was now unnecessary.

After 1 week, this showed that the average position had dropped slightly, then increased slightly – but nothing out of the ordinary and overall across the week has dropped from an average of 10.2 to 10.4.

I kept a close eye on this throughout, but the early conclusion was potentially that these are positive signs, but overall, it was too early and inconclusive at this stage to be recommending that removing your disavow file is a sensible move.

@glenngabe I keep meaning to update you on this – but disavow test rankings very static, clicks marginally up (over last 90 days)… pic.twitter.com/Og9bIY28Xq

In which case, it’s becoming safer to say that perhaps removing the disavow file had no impact.

There’s still other factors to consider, like the age/potential expiry of links, but in this particular case it’s starting to look like removing the disavow wasn’t as crazy an idea as it may have initially sounded.

Having now given this 5 months since the disavow file was removed, I decided to take another look back at progress.

I want to make it clear that no other activity has taken place on this site, in terms of on-site optimisation, publishing new content, PPC/other channels, or the active addition (or removal) of links…

Obviously there may have been other factors at play, Google’s algorithm updates being the big one, or competitor activity. But of the factors in our control, the disavow file removal was the only thing that changed.

Firstly looking at Google Search Console data for the last 90 days vs the start of the test, you can see that;

Both of these are significant performance improvements – but what does this mean to traffic?

Here’s where we are today (highlighting the week before the disavow file removal):

Looking back at this, although I didn’t want to get too carried away with an early uplift – it’s pretty clear to see that the impact to organic traffic was fairly immediate, and it has been sustained since.

As you can see, seasonality is very flat – and when viewed as a year-on-year comparison, you can see that there has been a 37.31% increase in organic traffic: I think the biggest impact from this would be that within the disavow file, there are likely some positive links as well as negative. So in removing the disavow, bear in mind that many links have been turned back on.

When disavowing, you want to get out of the penalty and maybe need to disavow a wider net of links to get this removed. But in time, and once out of the penalty, it’s interesting to see that in this case the net effect is a positive gain.

I would still be cautious in removing your disavow file completely, especially if coming off the back of a recent penalty, or freshly disavowed links – but based on this we’ve certainly seen good reason to re-visit which domains are disavowed and looking to at least prune down the list to a limited number in stages.

Although this was quite an extreme test to remove the disavow in one go – overall, I would class this as a very positive result! 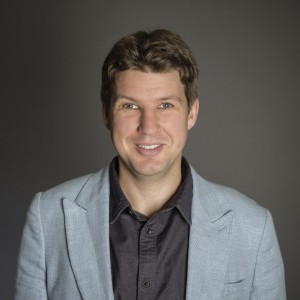 Kevin is the Founder and CEO of Re:signal - a strategy-driven SEO and content marketing agency in London.