What everybody should know about app store optimisation (ASO)

Optimising your app for the app store? Re:signal’ Anna-Lena Müller explains the building blocks of app store optimisation (ASO) components and the differences between the Apple and Google Play Store.

App store optimisation (ASO) is a subset of app marketing which has long been underestimated and disregarded. Quite rightly, today it’s growing in popularity because it’s all about improving product visibility within app stores and stimulating users to actually download an app.

So – lots of consumers are hunting for apps, but, crucially, there are millions of them on the marketplace. Because ASO helps mobile app publishers make their products stand out in the crowded, competitive marketplace, its importance is clear.

ASO is similar to SEO in that it’s about optimising different components to influence ranking. The higher you rank, the more visible you are for potential customers, resulting in more downloads.

Which elements need to be considered and how can they be optimised?

Here lies the crucial fact: ASO is not just ASO. What works for the Apple App Store does not necessarily also apply to the Google Play Store – which is something many app publishers have not yet realised.

Since my search for a comparison of the individual components of the two large stores within the scope of an app optimisation has proven to be rather troublesome, I am going to attend to the matter myself. In the following, you will find an infographic comparing the most important features of the two stores, iTunes and Google Play, accompanied by an explanation of the individual ASO components and the stores’ differences to consider. For ASO, as for SEO, everything starts with thorough keyword research. However, the search in app stores is somewhat different than the ones in search engines. Therefore a powerful keyword research tool is your first requirement. Common SEO keyword tools like the Keyword Planner are a good first starting point but are not necessarily ideal for App Store Optimisation.

Instead, keywordtool.io can be used in order to determine users’ search patterns in app stores. In addition, I recommend tools like App Annie or Sensor Tower for ASO keyword research. They help you find the traffic of a keyword as well as the ranking of an app for a certain keyword. Even if the app is not listed in the stores yet, you can still use these tools to analyse competitors. See which keywords they are using and find out the competition density for a specific keyword.

By the way, it is not enough to just choose keywords – you should track them continuously and thereby monitor your app’s performance and, if needed, optimise them. The above-mentioned tools, like App Annie or Sensor Tower, also work well to that end. The tracking is even (partially) available in the free trial versions.

Armed with relevant keywords, you can now take on the optimisation of the individual app store components.

The title is one of the most important elements of an app. It should, therefore, cover the name as well as the content of the app. It’s also recommended to incorporate keywords in the title – but be aware of keyword stuffing: as with SEO, you do not want to overdo this with ASO.

And this is where we can already identify the first divergences of the stores:

In iTunes, you can actually use up to 225 characters. However, the title gets cut off after 30-40 characters, with all the rest remaining invisible. Yet, Apple applies the entire title for keyword targeting. Despite this, it is recommended to keep the title short.

In contrast, the title in Google Play HAS to be short: you only have a maximum of 30 characters at your disposal. If possible, you should still try to include keywords in addition to the name.

Alongside the title, the icon is the first element of your app a potential user gets to see. Even if it does not influence the (text-based) visibility of the app in the store, it nevertheless helps to stimulate users to download the app. The icon should, therefore, be designed as professionally as possible. This will help to convince users to download the app within the three seconds such decisions usually take.

The stores’ differences regarding keywords can be mainly assigned to the circumstance that the Apple App Store provides an input field with 100 characters where you can separately enter your keywords. Do not repeat the keywords you already used in your title. Separate the words you put in this field with commas. Do,not,use,spaces,between,keywords! Furthermore, it is recommended to either include the singular or plural form of a keyword, but not both.

Apple uses this particular field to establish the search queries your app will rank for. Use your 100 characters wisely!

No such keyword input exists for Google Play. This is probably the most notable difference between the two stores. As a consequence, we have different implications for the app descriptions in the two stores (see the Description section for more info).

In addition, the use of competitor brands is also not advisable – it offends the guidelines of the app stores.

Furthermore, keep in mind that you won’t get a chance to change keywords (the title also) unless you release a new version of your app. You should therefore carefully consider your initial selection.

The description should explain the features and functionalities of your app in more detail. You may want to structure the description with headings, key points and capitalisations. Make sure to include keywords and social media references in the text. The description best starts with your proposition and the highlights of your app. This has shown to be the way to stimulate the most downloads.

Apple allows 4,000 characters for the description – even if users only see the first lines initially. This is a good reason to put your best and most important features in these first few lines.

We encounter a slightly different situation in the Google Play Store.
On the one hand, you can create two types of descriptions: a short one with 80 characters and a long one with up to 4,000 characters. Only the short description is displayed in the app listing. The long description hides behind the click on “more”.

On the other hand, we know (from the keyword section) that Google Play does not offer a keyword input field. As a consequence, Google Play draws the keywords from the description. And these are used as ranking factors. It is therefore strongly recommended to repeat relevant keywords and their synonyms up to FIVE times in the (long) description (but no more than that → spamming risk!).

Even if the descriptions can be 4,000 characters long, you may not want to exhaust the total amount in none of the stores – nobody enjoys reading exhaustingly long description texts.

In order to showcase the app, both app stores let you integrate a video. Texts, graphics and audio elements should be incorporated here. In the Apple App Store, the video is allowed to be 15 to 30 seconds long, in Google Play it is 30 seconds to 2 minutes.

As a general rule, the most important images/features should be placed first.

Only the first of a total of four possible screenshots are displayed in the app listing of the Apple App Store. This one should, therefore, be designed as meaningfully and professionally as possible.

By contrast, it is possible to have up to eight screenshots in the Google Play Store (for each device). Additionally, you can incorporate a so-called “Feature Image” (1024×500), which appears at the top of the app listing.

In order to detect less competitive categories, you can once more use the tools mentioned before. This is especially helpful when dealing with a multitude of possible categories. In that case, I advise choosing the least competitive.

In the Apple App Store, you have the opportunity to select a primary and a secondary category for your app.

Aside from choosing a category, you can also select an app type (game or application) in Google Play. Google’s list provides an overview of all categories for apps and games.

In addition to the OnPage components mentioned so far, several OffPage factors also influence the ranking.

On the one hand, you should think of App Reviews and App Ratings which are essential for both app stores. It is therefore indispensable to actively invite users to evaluate the app.

On the other hand, the number of downloads is relevant in terms of visibility for both market places. In particular, recent downloads influence the positions in both stores.

Beyond that, external linking is crucial for Google Play. Furthermore, it is rumoured that the ratio of installations to de-installations influences Android rankings. Apps which are quickly deleted are said to be punished and thus lose positions. Consequently, the app should deliver what it promises.
In addition, experts assume that Google Play also considers the active usage of an app. You may, therefore, want to remind users of your app with regular updates and (push-) notifications.

Even if ASO is crucial for an app, you should keep in mind that it is only part of the app marketing – ASO alone does not necessarily make the app successful. Among other things, you must not forget web performance next to ASO, i.e. engage in content marketing, PR and outreach for your app in order to create a buzz at its launch. The basics of link optimization apply here. Especially Social Media should be used to market the mobile app.

Moreover, you should also bear app indexation in mind, with which users can directly access the content of your app in the web search results of their mobile devices.

Once an app is developed, the app publisher has to ensure the discovery of the app in the app stores. In order for that to work well in both App Stores, you have to keep in mind that, amongst other things, the Google Play Store does not provide a keyword field as does Apple and that you need to increasingly work with keywords in the description text. If you disregard these differences, it will affect the download numbers of your app.

Furthermore, you should consider that ASO is nothing that can be done in five minutes. It is a process that needs to be monitored continuously and requires both time and effort. App publishers need to have an eye on their rankings and the rankings of their competitors. On a daily basis, new apps are being published, ratings and reviews, as well as downloads, are recorded, which all influence rankings. For your keywords to perform well and deliver the desired traffic, you’ll need to put them to the test incessantly. 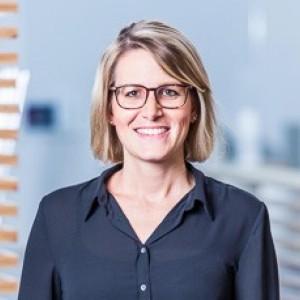