Last week, our London and Zurich teams headed to Switzerland for the BlueGlass Winter Summit 2016. It was a chance to catch up with our continental counterparts and celebrate the success of an amazing year. More importantly, it was an opportunity to share what we’d learned and thought ahead to the many exciting projects coming up this year.

We explored the delights of Zurich and Lucerne before heading to the hills and thrilling slopes of Engelberg. The adventure started early for the London team: a bleary-eyed, 6am rendezvous at London City Airport. Many of us had never skied before, while others were veterans of the slopes – either way, we were all excited to hit the snow.

After catching up on some much-needed sleep on the plane, we headed into the beautiful city of Zurich to meet the Swiss team, being greeted in our fab office in the customary Re:signal manner – a smile, delicious food and a cold beer.

After a quick briefing, we headed off to Lucerne – newly adorned with our thoroughly on-brand sunglasses, modelled marvellously by Gavin below. On the historic waterfront of Lucerne, we were set a task: in teams, we were to create short videos symbolising the spirit – against the perfect backdrop of our very own Irma’s charming hometown. Importantly, we also found time for ice cream.

Once our masterpieces were complete, we had a quick drink and jumped on the train to Engelberg and the wonders of the Alps. We’ll spare you a blow-by-blow account of the whole adventure but here are our highlights from an unforgettable few days. Jacob getting lost in deep thought Sara, Nicole, Anna-Lena and Rahel get ready to start filming!

With a mix of different skill levels, there was something for everyone up and down Mount Titlis, one of Switzerland’s most scenic peaks. From the gentle slopes in Gerschnialp or the steep and windy runs of Trubsee, it was a thrilling place to ski. We were glad for the lack of broken bones despite Sam, Chelsea and Andrew having some fantastic crashes!

Conditions varied across our time on the piste, with cloud surrounding the slopes for much of the first day before beautiful sunshine cut through the haze to reveal stunning alpine vistas. Bright sunshine dazzled and delighted us throughout our second day on the mountain, and there was even hot chocolate with Baileys to help warm those aching joints! The views from the slopes were incredible. Sam loves learning to ski, it makes him so happy – not as happy as Matt though! Irma reaches the top and celebrates her run (those sunglasses came in handy!) Knackered, the learners break for lunch. We made it to the top! Enjoying the summit, where a bollywood film was set…

When we weren’t whizzing down the slopes, there was plenty to keep us occupied. For the non-skiers, there was mountain walks and Europe’s highest suspension bridge – 10,000 feet up! Both teams ventured out on a high altitude mountain walk, with the aid of snowshoes and our fantastic guide Werni (and his canine companion, Cindy). It was a hard walk with limited visibility, but nevertheless a unique and mysterious landscape to walk through. All of this exertion made the fondue dinner well earned and within minutes we were filled with cheese, bread and the Swiss team were educating us about the perils and pleasures of Kirsch. The night continued into the early hours of the morning whilst we sang Frozen at the top of our lungs. We’ll spare you the video but it was X Factor-worthy! The next night was more of the same. Great food was followed by the presentation of our videos from Lucerne, before both teams headed out for a bit of a dance at a local nightclub, where we honed our pool and table football skills, which got some friendly competition going. We danced away into the early hours, even developing a much-heralded and absolutely official Re:signal dance routine. On our final morning, we ended our mountain retreat with a lovely tour of Engelberg, visiting the local cheese factory, in more beautiful weather – leading to the inevitable team photo. What did the team think of it?

Claudia: “Crossing the cliff bridge with Matt was one of the most amazing experiences I’ve ever had! Incredible views, goosebumps for the height and a bit of fear! We felt quite brave at that moment!”

Irma: “Matty dancing to yodelling, as well as the Frozen sing-along on the cog railway.”

Anna-Lena: “My best moment of the trip was to walk over the cliff bridge together with Jacob and the girls screaming our lungs out – and afterwards the glorious feeling of being on firm ground again.”

Matt T: “Skiing is something I would never have thought to try – but it was a thrilling challenge to give it a go, as well as an opportunity for some extreme slapstick comedy.”

Rob: “It was a pleasure to meet up with our Zurich colleagues and get to know them a little better.”

What happens on the Winter Summit…

It was a great trip and there were more photos than we could shake a ski pole at. So, if you want to see more, do check out our Facebook page, Instagram or search #wintersummit.
And last but by no means least, a special mention really needs to go to Jacqueline, who organised the trip and took care of all the details! Thanks, Jacqui! 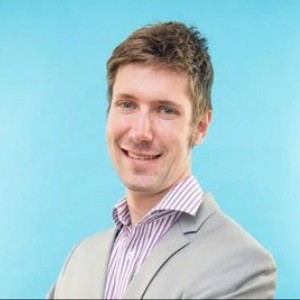 James is interested in human psychology which ensures he puts customers first. He works to understand our client’s communities, audiences and social media needs - to deliver exciting content that you can't help but share.